The Prague Radio Symphony Orchestra together with Petr Popelka is looking forward to welcoming you!

The Radio Symphony will enter a new era starting from September 2022, when Petr Popelka will take over as artistic director. In just two seasons and despite the Covid-19 pandemic, the former deputy solo contra bassist at the Sächsische Staatskapelle Dresden has established himself as one of the most inspiring young conductors of today. He also devotes himself to composition and intends to maintain his playing skills by practice, at least as part of chamber music projects.

Indeed, his desire to stay in touch with instrumental playing and to encourage his ensemble members to further their activities in the field of chamber music was behind the birth of the Prague Radio Symphony Orchestra’s new concert series. Robert Jindra, renowned for his performances in the opera world, but no less remarkable in his interpretation of the symphonic repertoire, will take up the post of principal guest conductor at the Prague Radio Symphony Orchestra.

“I am personally very much looking forward to experiencing the work of the new chief conductor and principal guest conductor,” says René Zavoral, Director General of Czech Radio, and further commented on the concerts of the upcoming season: “I am very pleased that despite many obstacles and constraints, the Prague Radio Symphony Orchestra has managed to prepare a diverse programme that will surely delight the loyal audience in the halls and at the radio receivers. At the same time, we would also like to attract the younger generations to classical music.”

What you can look forward to 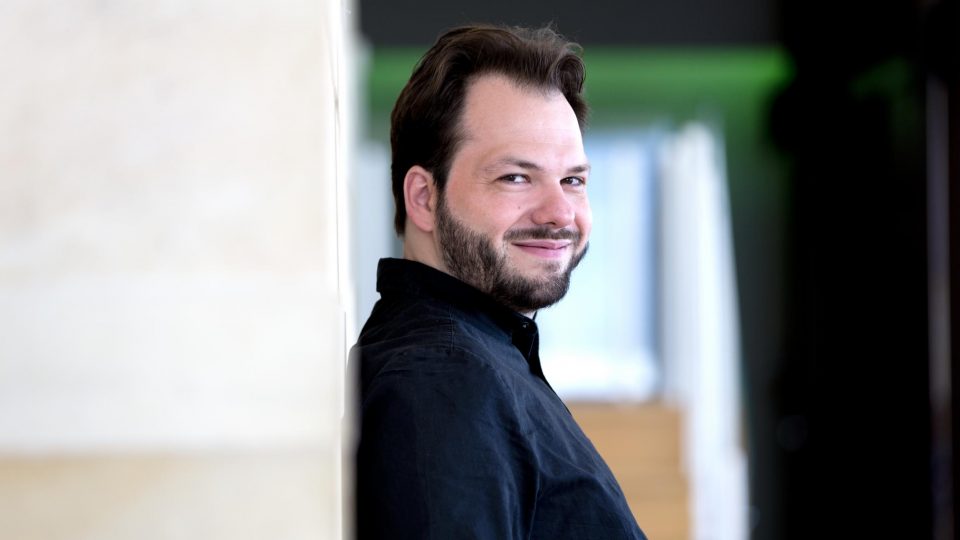 The 96th season of the Radio Symphony will open with the inaugural concert of chief conductor Petr Popelka P1, which will also feature violinist Frank Peter Zimmermann in Brahms’ Concerto in D major. In other projects, the chief conductor will also welcome guests of great renown, such as cellist Jean-Guihen Queyras performing Dvořák’s brilliant Concerto in B minor R1, pianist Nicolas Hodges giving the world premiere of a new composition by Martin Smolka R4, and violinist Patricia Kopatchinskaja performing the music of jubilarian György Ligeti, to whom the entire evening is dedicated R8. 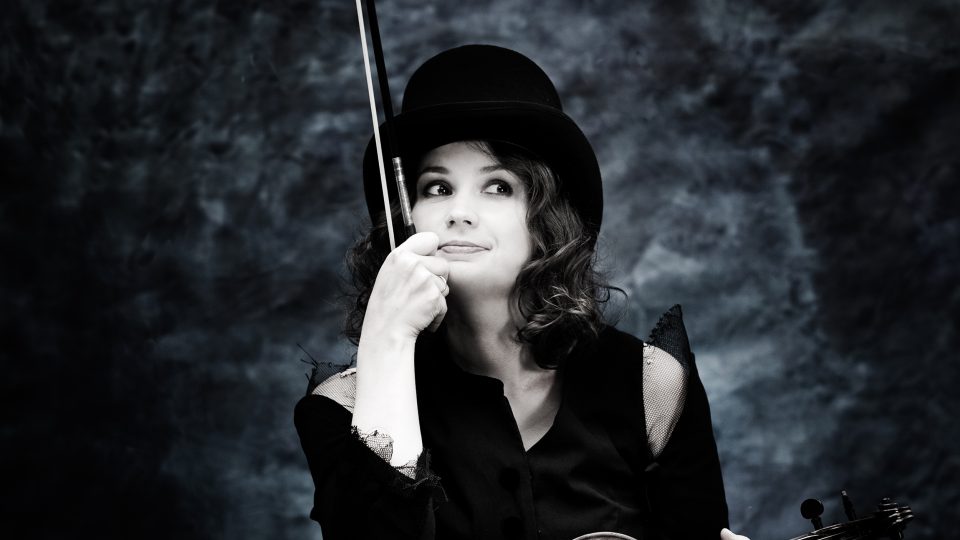 You can look forward to wonderful singers performing the first act of Wagner’s opera Tristan und Isolde R12. This evening will be part of a bold new project. During his first three seasons at the Prague Radio Symphony Orchestra, the chief conductor decided to perform three acts of Wagner’s magnificent work, which is often considered a milestone in the development of Western music. The guest appearance of cellist Daniel Müller-Schott, who will perform not only at the final concert of the R13 series, but also in the chamber project S6 performed before, will be a crowning moment of the season. It is in this performance that we will have the opportunity to experience Petr Popelka as a double bassist and pianist at the same time.

What does Petr Popelka expect to bring to the Prague Radio Symphony Orchestra?

I feel extremely honoured to become a part of the Prague Radio Symphony Orchestra’s long history; an orchestra that is always at the forefront of Czech culture. The European tradition of radio music ensembles is something to be proud of and deserves to be continuously developed and maintained as an important cultural institution! The Prague Radio Symphony Orchestra is an ensemble full of great musicians – a truly world-class orchestra and I am looking forward to all our concerts together and to all the guest artists sharing their musical experience with our audience.
Petr Popelka 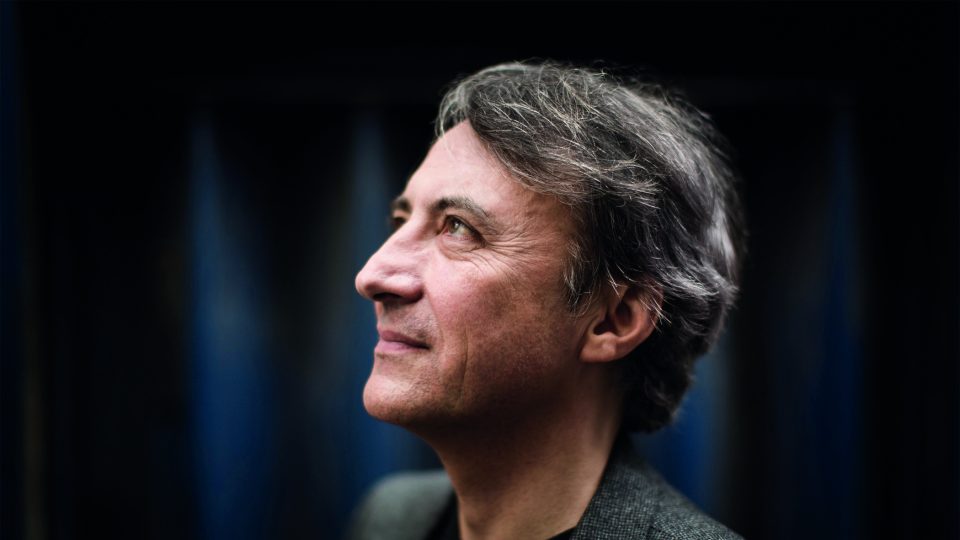 Robert Jindra, principal guest conductor of the Prague Radio Symphony Orchestra, together with mezzo-soprano Jana Kurucová, will take us to Central Europe at the turn of the century in R7 and with pianist Jean-Efflam Bavouzet to musical France in R9. In the chamber cycle he will accompany Markéta Cukrová in Wagner’s Songs K3.

The concert with conductor Marko Ivanović and pianist Martin Kasík, featuring Anton Rubinstein’s Concerto No.4 in D minor R2, promises a remarkable experience in the Classics at the Rudolfinum series. John Axelrod will bring Erich Wolfgang Korngold’s diverse musical faces to life, accompanied by one of our most in-demand pianists Ivo Kahánek in Richard Strauss’ Burlesque R3. 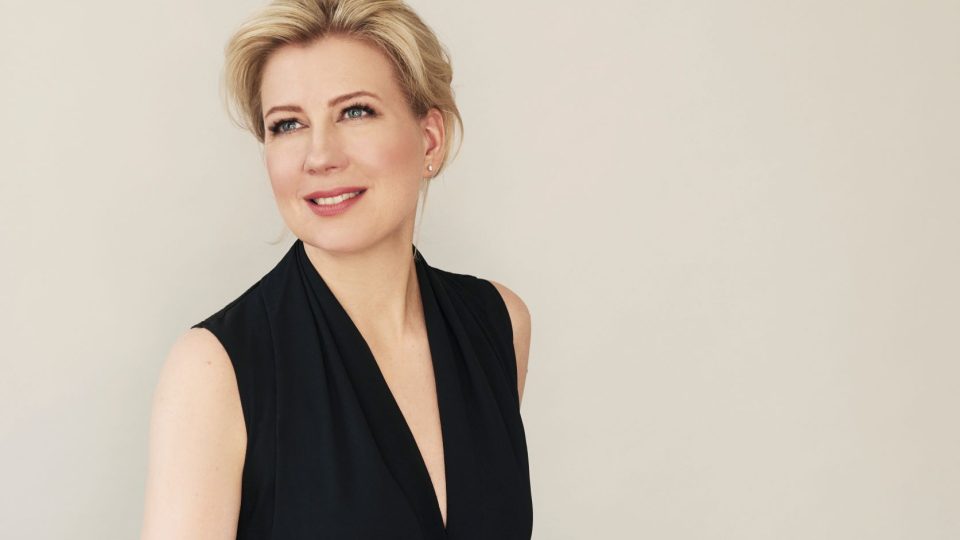 Guests Sylvain Cambreling together with the orchestra and soloist Elina Vähäla from Finland will prepare to perform Janáček and Messiaen, as well as the Béla Bartók’s Second Violin Concerto R5. Benjamin Britten will lead the concert with pianist Benjamin Grosvenor and conductor Jessica Cottis R6. Marek Šedivý will return to the orchestra, this time with works by Krzysztof Penderecki, Sergei Rachmaninoff and Frédéric Chopin – his Andante spianato et grande polonaise brillante will be an opportunity for the winner of the Concertino Praga 2021 radio competition, Ryan Martin Bradshaw R10. Alexander Liebreich, former chief conductor of the Prague Radio Symphony Orchestra, will be the protagonist of an early Romantic music (Schubert) and contemporary works programme commissioned by the orchestra. In Jiří Kadeřábek’s composition Daleko široko, the Prague Philharmonic Choir and the Children’s Choir of Czech Radio R11 will conduct a joint performance. The K – Chamber series consists of four evenings at the convent of Saint Agnes. Conductor Václav Luks and violinist Roman Patočka (Bach and Mysliveček) (K1, the Children’s Choir of the Czech Radio (Britten: Ceremony of Carols) and members of the orchestra, concertmaster Vlastimil Kobrle and harpist Lydia Härtelová K2, other soloists from the ranks of the Radio Symphony (flautist Robert Heger, oboist Zdeněk Rys, clarinettist Lukáš Dittrich, bassoonist Milan Muzikář) K3, and violist Jitka Hosprová with conductor Pavel Šnajdr K4 will all demonstrate their musical artistry in this series.

As we have already announced earlier, we have prepared one more concert series, this time in Studio 1 at Vinohradská 12, where you will have the opportunity to meet the ladies and gentlemen from the Prague Radio Symphony Orchestra in the course of six evenings in various chamber ensembles. In the N – New Horizons series, you can enjoy the project Between Worlds with key personalities, Jiří Levíček and Tomáš Liška N1, A Midsummer Night’s Dream with enchanting music by Václav Trojan, conductor Jan Kučera and Petr Štěpánek as narrator N2 and other impressive performances by the Prague Radio Symphony Orchestra jointly with the Concept Art Orchestra N3.

All concerts from the Rudolfinum are traditionally broadcast live by Czech Radio Vltava, and you are welcome to listen to the recordings the following Wednesday on the Czech Radio D major station. Other selected concerts of the Prague Radio Symphony Orchestra, held in DOX+, convent of Saint Agnes and Studio 1, will be offered by ČRo Vltava as a recording.

Pre-sale of both subscription and regular tickets will start on Monday, 30 May. Starting from this date, interested individuals can purchase subscriptions to the concert series R - Classics at the Rudolfinum and the chamber series K at the convent of Saint Agnes, as well as individual tickets for concerts from the P, N and now also the S series. Individual tickets for the R and K series concerts and the public dress rehearsals will be on sale starting from 6 June.

The cooperation with companies such as Expobank CZ a.s., which remains the official partner of the orchestra in the new season, provides an essential support for the artistic activities of the Prague Radio Symphony Orchestra. Czech Radio Vltava remains the main media partner. Other media partners include Czech Radio D-dur, the specialist magazine Harmonie, the music portal KlasikaPlus.cz, Týdeník Rozhlas (Czech Radio Weekly), the web audio portal and application mujRozhlas and the news portal iRozhlas.cz. The individual concerts receive support from the Ministry of Culture of the Czech Republic, the State Fund of Culture of the Czech Republic, the Capital City of Prague, Bohuslav Martinů Foundation, OSA, National Gallery Prague, DOX+ and Aerofilms.