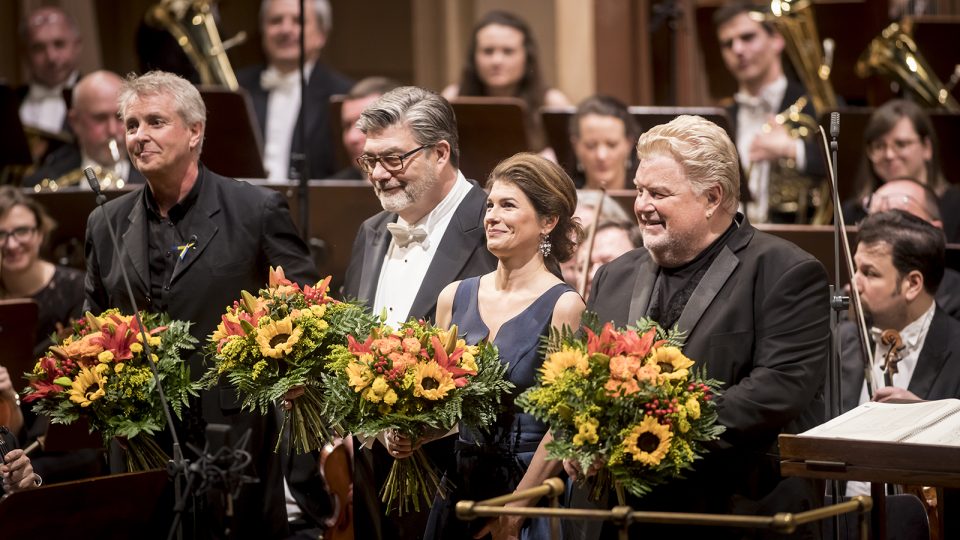 we have changed the programme to show solidarity and support for the Ukrainian people. Instead of the originally scheduled Symphony No. 39 in G minor by Joseph Haydn, we will perform the piece Silent Music by the most important living Ukrainian composer Valentyn Sylvestrov.

Thank you for your understanding

The March concert of the Prague Radio Symphony Orchestra will present a quite extraordinary programme. It will commence with a piece by the most important living Ukrainian composer Valentyn Sylvestrov, Silent Music. The pivotal composition of the evening however will be the first act from Wagner's opera Die Walküre, which represents one of the peaks of the "Ring of the Nibelung" tetralogy.

Alexander Liebreich has invited in three of the leading Wagner singers to perform the fresco, which begins with the famous overture evoking a massive storm. Hunding will be performed by bass Franz-Josef Selig, who has worked with the best known opera houses in London, New York and Vienna, where he worked with conductors such as Sir Colin Davis, Ingo Metzmacher and James Levine. The role of Siegmund will be taken on by tenor Christian Elsner, who among other things has performed with the Berlin Philharmonic under Simon Rattle or the Leipzig Gewandhaus Orchestra under the baton of Herbert Blomstedt. The part of Sieglinde will be sung by German mezzo-soprano Stefanie Irányi, who PRSO audiences know from her performance of Zemlinsky's Six Songs.