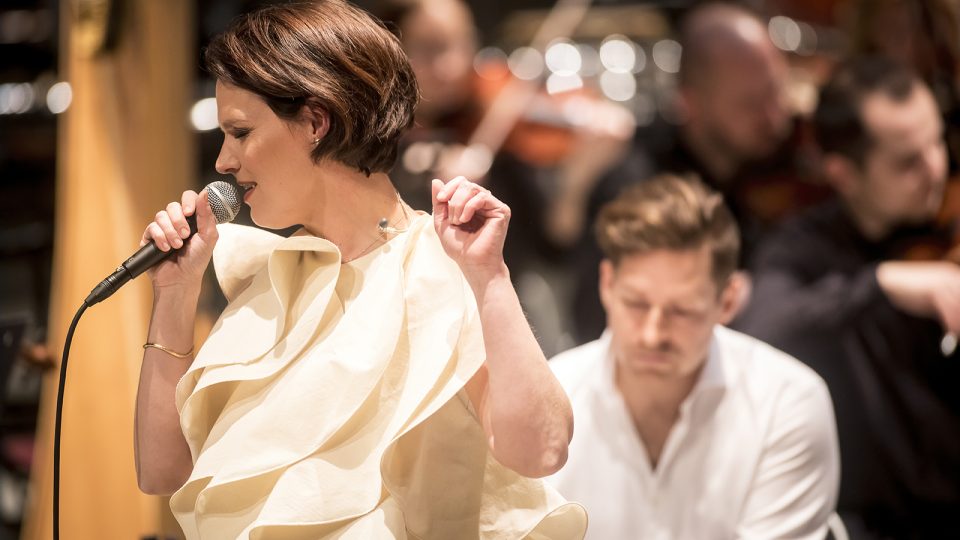 Martin Brunner: Own Moment, a series of poems by Věra Koubová put to music for voice, orchestra and two improvising soloists, world premiere

Martin Brunner wrote a completely new jazz composition for PRSO, a cycle of selected poems by translator Věra Koubová set to music. "For a number of years now, Věra Koubová has been practising photography. She then lets herself be inspired by the atmosphere of the subject or the surprising blend of motifs, and writes melancholic, biting and playful poems, that together create emotionally strong stories. Her view of the world in the combination of these two mediums enchanted me at first sight and was close to me. Thus I tried to incorporate a third component – music." The performer of the songs is singer Markéta Foukalová, who is accompanied by two improvising instrumentalists, keyboard players Vít Křišťan and Martin Brunner.

Štěpánka Balcarová produced an orchestral version of her debut album Life and Happiness of Julian Tuwim. The composer, primarily known as the leader of the progressive big band Concept Art Orchestra or the bandleader of the Czech-Polish group Inner Spaces, compiled this solo album from poems by Polish author Julian Tuwim (1894-1953) set to music. His poetry would "seem to be simple and straightforward, but each of his poems conceals many deep thoughts". The congenial music with which Štěpánka Balcarová dressed the poems is no different. To realise the project she invited the Polish singer Małgorzata Hutek and a Czech-Polish line-up of excellent jazz players.

The concert is kindly supported by the Polish Institute in Prague and OSA.